Blissful Berwick – A Sense of Belonging!

Sally and Richard have created a beautiful home, with open spaces and an inviting atmosphere which caters for the entire family in Olde Berwick. Their home is designed for both casual indoor and outdoor entertaining and is an extension on how they live and entertain their friends and family. As you will read, Community connections are an integral component of who they are today and how it adds intrinsically to their lives. 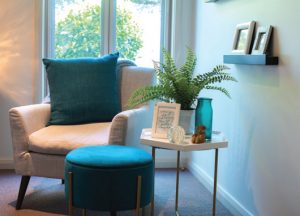 WHEN WALKING INTO SALLY AND RICHARD’S HOME YOU IMMEDIATELY FEEL THE WELCOMING ENERGY BY THE ENTIRE FAMILY. THIS HOME HAS BEEN CAREFULLY BUILT WITH THE FAMILY IN MIND. OPEN ROOMS, LIGHT COLOURS, A NATURAL FLOW AND THE SENTIMENTAL ARTWORK CREATED BY THE CHILDREN WHEN THEY WERE YOUNGER, FRAMED AND HANGING ON THE WALLS, ALL ADD TO THE RELAXED AMBIANCE. THE HOUSE IS GENUINELY DESIGNED FOR THE WHOLE FAMILY AND IS A NATURAL EXTENSION ON HOW THEY LIVE. »

Sally and Richard built their first home in Berwick in 1993. The opportunity to purchase this house literally fell into their lap in 1999. While viewing another property around the corner, a lady enquired if they were interested in viewing her house as she wished to have a private sale. Sally and Richard jumped at the opportunity and after viewing the house were committed to renovating and creating their dream home.

After moving in, they soon realised that if they wanted to create their dream home, the cost of renovating was unrealistic. It was an agonising decision, but they decided to demolish the house and rebuild. A decision that has proven to be right for their family of four. The location, leafy streetscape, and friendly neighbours play a large part in why they have no immediate plans of moving.

Over the years they have continually added to and renovated their home to suite their family. Everyone, including their two sons, have had input into the design, layout and changes whether it be with the beautiful gardens both in the front and the back, to the internal layout of rooms in the house. The latest addition is a ‘man cave’ filled with sporting memorabilia for the men of the house.

“When designing our home, we ensured to keep the space light, open and connected, and not too big. We believed that connectedness and openness as a family was more likely to occur if shared spaces were established. As our family has entered the next phase of life with University and TAFE, we have slowly created new areas to respect everyone’s needs and interests, provide space for everyone just to be, as well as be a place where we are all happy to live, laugh and learn. There is no formality to our home or rooms that are unused – just rooms that are lived in and shared by all.”

Their home is functional and durable, and of simple design but uniquely theirs, where family, friends and dogs are always welcome. The kitchen is a central place to this home and a large, welcoming island bench encourages laughter and sharing for all their family and friends. This area has been pivotal for the family and has been the centre point for many fun times, including family birthdays, Christmas celebrations, late night meals, as well as a place to congregate during challenging and sad times of life.

The garden has been designed with a simple outside lifestyle in mind and promotes active outdoor activities. This has allowed the family to spend time together engaging in activities they enjoy and where their boys are still happy to bring their mates. Backyard cricket has been played for years and Sally recalls coming home one day from work to see a cricket pitch being dug out in the backyard. This short synthetic wicket has been well used each summer since, particularly by Matt and is a favourite extended family activity on Christmas Day.

The outdoor space has certainly been creatively used and was obviously thought about early on, as this home places equal importance to indoor/outdoor living. Cricket is not the only sporting activity encouraged outdoors, for it is a boy’s home! There is also a basketball ring for the boys, and a small putting green and hole, to fulfil Richard and Jake’s love of golf. In the warmer weather the array of sport options increase with the challenge of who can land the biggest bomb in the beautifully designed pool. These sporting options certainly foster elements of a healthy lifestyle but have also created fun competition amongst the family, both old and young. Summer appears to be a favourite season at this home, as it often finds the family entertaining and sharing nights outdoors, generally over a BBQ with the family dog Molly close by.

The garden is a place of tranquillity for the family, when balls are not flying around. The design and landscaping, which has slowly been done by Richard over many years, offers a place to relax and unwind. Richard admits he relishes starting new projects but needs encouragement to complete each one. It is obvious that the garden is a labour of love for Richard, but he is grateful that Jake takes a vested interest in this element of their home now too. It is a garden of simplicity but timeless elegance, inspired by Paul Bangay.

This, their second home in Berwick has taken 20 years to finish and like many, it is now time for some refurbishment. Not an easy task time wise for this family who all work and are also active in the community and local sporting clubs. Still today both Sally and Richard like to be involved and watch their two sons enjoy their sporting endeavours, whether it be cricket, golf, basketball or tennis.

Being immersed in the community and dedicating hours to create their family home, makes Berwick a place they plan to stay. Richard runs his own local plumbing business, Sally worked locally in the education system for many years and is still connected, Matthew has returned to play Senior cricket where he commenced as a junior, and Jake has commenced an apprenticeship locally. Why would they leave?

Community life and respect for all are values that both sets of Sally’s and Richard’s parents held and have been passed down. This led to both doing their small part in the community and the world which touches them. Their parents are still involved in various local community organisations and now they are seeing this continuing with their ‘young adults’ in small ways.

Richard’s parents are both life members of a local football club and Sally was a granted a life membership in her Netball club in her late 20’s. Sally relished the opportunities to coach young girls and took on executive committee roles, which quickly helped her learn and grow as a person.

Sally has been actively involved in social and community services since the 80’s. In recent years, the family has supported Relay for Life after cancer impacted their family. Sally supports Melbourne City Mission and Ronald McDonald House Charity in various capacities, where at times she uses her expertise to support families in times of need. Richard was heavily involved in the Berwick Junior Football Club for a period of 5 years and relished coaching kids of all abilities. He was awarded Junior Coach of the Year by the league in 2010. In recent years, Richard has joined St Vincent’s Soup Van and now dedicates one Sunday a month with a mate to support those in need in our community.

Even with all this community involvement, Sally and Richard feel they are only playing a small part, but what they do gives them a sense of satisfaction and reminds them to be grateful for the people and opportunities life brings their way.

“We do not do incredible things but certainly hope that our small efforts can increase in the future, as making a difference to someone’s life in a positive way makes us smile. We’ve learnt from personal experience the small things can often make the biggest difference to people’s lives and for some it’s these memories that are everlasting and gets them through in times of need.

Each new community experience, whether it be personal or professional, helps us build empathy and understanding and challenges us to think and grow. It has also helped us, and our kids develop some fabulous friendships along the way, and for that we are forever grateful.” 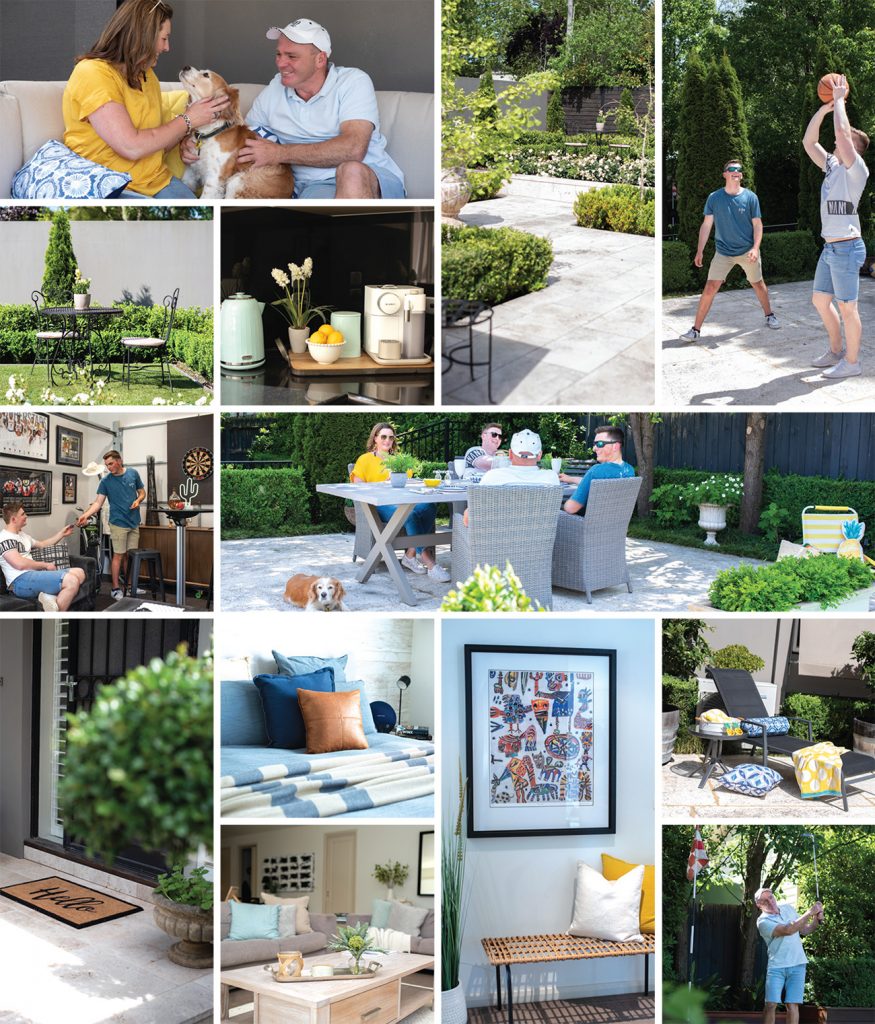