Carlei Wines and the Green Vineyards 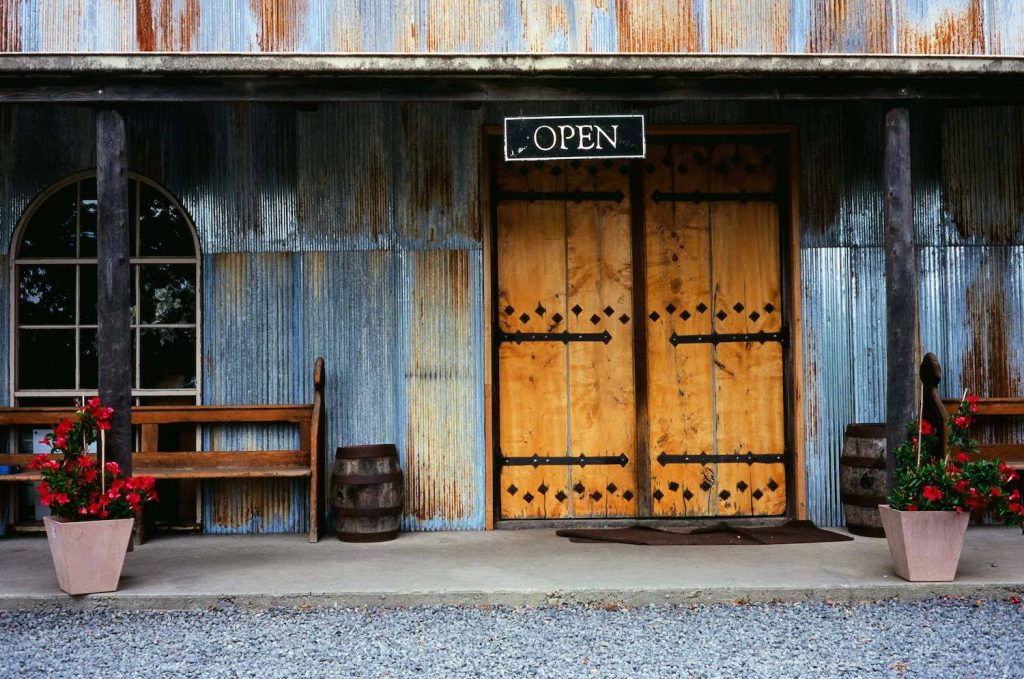 Sergio Carlei, founder of Carlei Wines and The Green Vineyards, is passionate about bringing together organic growing techniques and old-world winemaking wisdom to create the perfect drop. 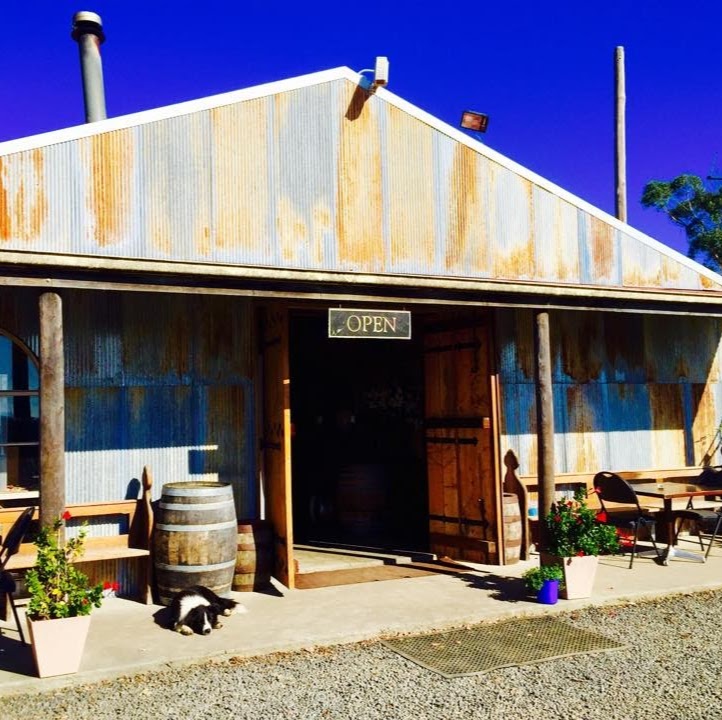 An integral part of Italian culture is the celebration of good food and wine, produced with fresh, wholesome ingredients, and this was certainly the case for Sergio’s family as he was growing up. From a young age, Sergio was introduced to “Nonno’s Cantina,” his grandfather slipping him cups of vino – usually diluted with lemonade to make it more palatable – on the sly. “My first intoxicating experience was Christmas lunch at age seven. I remember running around the table feeling quite ‘high’, but I paid the price a few hours later. My grandfather thought it was very funny, but my mother remained unimpressed,” Sergio recalls.

His grandfather made his own wine at home with grapes purchased from the Footscray Market, typically shiraz, aged in old wooden barrels and made the natural way without preservatives. Although he didn’t think much of this process as a child, his experience of watching his Nonno making wine came to influence Sergio’s winemaking philosophy years later.

Sergio took a roundabout path to becoming a fulltime wine maker, starting off his working life as a chemist working in the petrochemical industry. However, when he learned that the average life expectancy for someone in his field was only 41 years due to a high prevalence of cancer, he decided to make a change. Graduating as a Doctor of Chiropractic in 1988, Sergio began a career in health sciences. While he worked, he began studying for a degree in oenology – the science of winemaking.

In 1996, Sergio graduated from his winemaking course. That same year, he learned that he had not escaped his past life in petrochemical sciences unscathed: diagnosed with Chronic Myeloid Leukemia, he was given as little as two years to live. Refusing to give up hope, Sergio embarked on a mission to recover his health, returning to his Italian roots with wholesome, nutritious foods, and moving to the country with his wife, Mary, to establish their first vineyard. Two years later, his cancer was in remission, and Sergio had crafted for himself and his family a life that continues to bring him joy today.

“For me, making wine is not work, it’s play. It allows me to be creative. Some people create paintings, some people create food, I create wine with passion because it makes me feel really good. All these activities allow the individual to express themselves in a tangible way. Most importantly, we can then share these creations with customers, which hopefully arouses their emotions in a joyful way.”

It all starts with the vines

“There is a saying that wine is made in the vineyard,” Sergio says, and this philosophy is evident in the practices he employs in each of his vineyards – from the initial choice in location to organic and biodynamic methods used. The combined effect of place and practices on the resulting product is called “terroir” in French; or, as Sergio likes to call it, “Sense of Place”. The idea is that the finished wine will bear characteristics of the vineyard in which it was grown, with flavours developed through careful, natural farming.

Carlei’s flagship vineyard was established in Upper Beaconsfield in 1997. The location was chosen for its cool climate, which suits varieties such as pinot noir, pinot gris and chardonnay. Other factors taken into account were the soil quality, the property’s north-facing aspect, and moderate altitude of 200 metres. Vineyards were later established in the Yarra Valley, Heathcote and King Valley. Each location has its own microclimate offering unique advantages for growing different varieties of grapes. The warmer locale of Heathcote is ideal for growing cabernet and shiraz, while the Yarra Valley has a range of microclimates typically on the cooler side which favour varieties such as pinot noir, chardonnay, shiraz and cabernet sauvignon.

Organic and Biodynamic: the difference you can taste

The vineyards in Upper Beaconsfield and Heathcote are certified Organic and Biodynamic; the remaining vineyards employ the same principles while working toward certification. For Sergio, growing his grapes in a natural, environmentally responsible way is crucial to his mission to produce the highest standard of wines.

“We start by managing our vineyards in the most natural way possible so the vines can grow and produce flavoursome fruit, free of unnatural chemical interference. This means that we do not use herbicides, fungicides or artificial chemicals in the management of the vineyards – only natural ingredients are allowed to be used.”

Biodynamic farming incorporates an understanding of how cycles in nature, particularly the lunar cycle, affect plant growth. Different farming activities are carried out at different times according to these cycles to optimise the growth and quality of the grapes. It also informs the vinification, or winemaking, process: for example, most of the yeast used in the fermentation process comes from the skins of the grapes themselves. The grapes are macerated in wooden foudres rather than stainless steel vats for up to two months, rather than the standard two weeks that was taught in Sergio’s winemaking course. The result is a line of rich, full-bodied wines with an unbeatable depth of flavour.

While it may seem like Sergio’s life has taken him far from his starting point as a chemist, he has been able to use the knowledge gained during those early years of study and apply it to the science of producing excellent wines. Understanding the underlying processes such as yeast fermentation and what causes oxidation in wine makes it easier to prevent problems and predict the outcomes of the wine being made.

Sergio describes the philosophy of winemaking as the personal beliefs of the winemaker as to what makes a good quality vino; meanwhile, the art comes down to the personal touch of the maker as they develop their own style of wine. “The three elements combined are what make wines of the same variety so different, each having a unique ‘personality’ which usually reflects the winemaker.”

Carlei Cellar Door and Pizzeria are open Saturday and Sunday from 11:30am – 5pm, or private appointments can be made by phoning (03) 5944 4599. Inquiries can also be made by emailing info@carlei.com.au. To learn more, place an order or join the Carlei Cellar Club Quarterly wine club, visit www.greenvineyards.com.au. 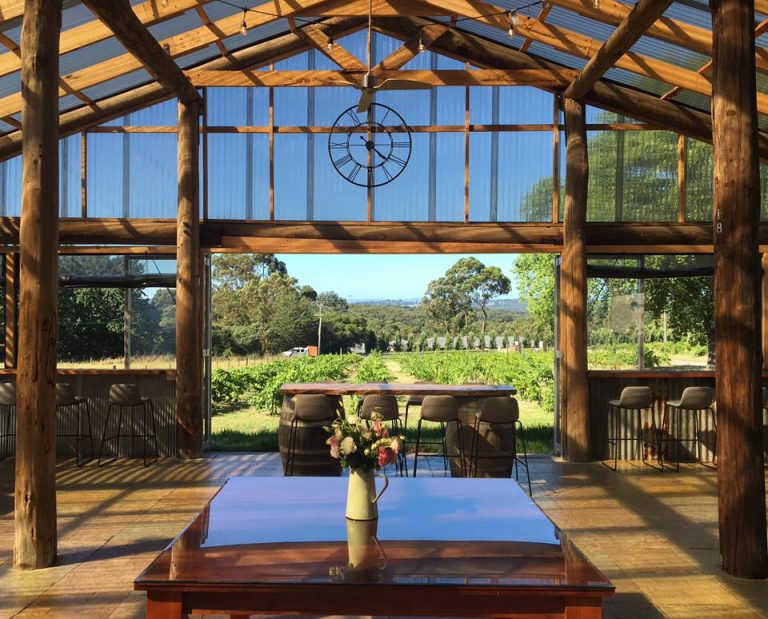