Family at the Heart of this Baker’s Delight

FAMILY AT
THE HEART
OF THIS BAKER’S
DELIGHT

LOCAL BAKER AND FRANCHISE OWNER ANDREW
SAVIGE HAS BEEN IN THE BUSINESS OF BAKING
SINCE HE WAS A TEENAGER. THROUGHOUT IT ALL,
HE KEPT ONE GOAL IN MIND: TO RETURN TO HIS
FAMILY’S ROOTS IN BERWICK. 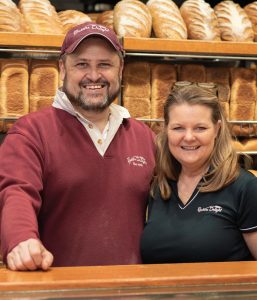 Andrew Savige has many fond memories of visiting his grandparents, who lived in Berwick, during his childhood. While his Nana died at the relatively young age of 53, he continued to spend regular time with his Pop. On one memorable occasion, the pair travelled to Sydney together to spend a month of the school holidays with Andrew’s uncle. When Andrew saw the cake shop his uncle ran, he became inspired; returning home and just shy of his fourteenth birthday, he took up a baker’s apprenticeship in his hometown of Benalla.

It was 1979 when Andrew started his apprenticeship, and back then it was a five-year process to become qualified. Once he had completed his training, Andrew moved down to Melbourne and began looking for work. It didn’t take him long to spot a job going at Baker’s Delight, then a single store running out of Glenferrie Road, Hawthorn. Working alongside founder Roger Gillespie, he began to climb the ranks. He was promoted to store manager; then, as the business began rapidly expanding and opening up new stores, he found himself in the role of production manager, overseeing the operations of more than forty Baker’s Delight stores.

At one stage, Andrew found himself straddling continents, spending much of his time in America opening up stores there. Ultimately the venture was not successful, but the business did take off in Canada, where there are now over 80 Baker’s Delight stores. Returning home with his then-girlfriend (now wife) Julie, Andrew was handed an offer he couldn’t refuse: to go into business for himself and become a franchise owner.

Beginning with a store in Ashburton, Andrew worked with one goal in mind – to make his way east and eventually settle in Berwick, the seat of so many treasured family memories. This mission saw him open stores in Caulfield and Glen Huntly, Brandon Park and Casey Central, Endeavour Hills, Narre Warren and more. In 1998, Berwick’s Loveridge Quarry was filled in and Berwick Marketplace was founded on the site.

Andrew saw his chance and opened up the Baker’s Delight store that still operates there today; his is the only original business to still be operating in the Marketplace. Three years later he started a second store in the new Parkhill Plaza, and is one of the few remaining original business owners there, too. In over two decades of business, Andrew has formed close ties with the

community. This is especially true of the local businesses he supplies bread to, such as Shanika’s in Berwick: beyond just delivering bread, he says he has provided work experience in his stores for the daughters of the owners and become good friends with the Shanika’s crew. He has also been joined by his wife, Julie, who works primarily in bookkeeping and staff relations, and his second daughter, Emily, who has been rolling dough since primary school.

So, what does a day in the life of a baker look like? Although primarily occupied with managing the two businesses, Andrew still works up to four days a week on-site, allowing the store managers to take a couple of days off for their ‘weekend.’ He starts up the ovens at midnight and works through until 8am, with other bakers joining him through the early hours of the morning. He does the delivery rounds, heads home to do some computer work, and catches some sleep through the middle of the day. Up for a few hours in the afternoon, he does a bit more administration work, then sleeps again, before getting up at 11pm to start all over again.

The lifestyle may take some getting used to, but for Andrew, it’s all he’s ever known. These days, however, he says it’s hard to find new apprentices; while he’s always on the lookout for fresh faces to join the team, few young people are interested in the kind of work baking entails. It makes for an uncertain future for the industry, but Andrew remains hopeful that people will take advantage of the wide availability of jobs for those keen to make some dough – literally and figuratively. For anyone looking to take up an apprenticeship in one of Andrew’s stores, they can be assured they’re in good hands: Andrew has trained several hundred apprentices already, of whom around 60-70 have gone on to own their own franchises.

In the meantime, Andrew keeps a simple philosophy that has served him well over his 40-year career: “I like to put good bread out,” he says – and it’s this honest, customer-oriented ethic that continues to keep him and the Berwick Baker’s Delight team busy each day. 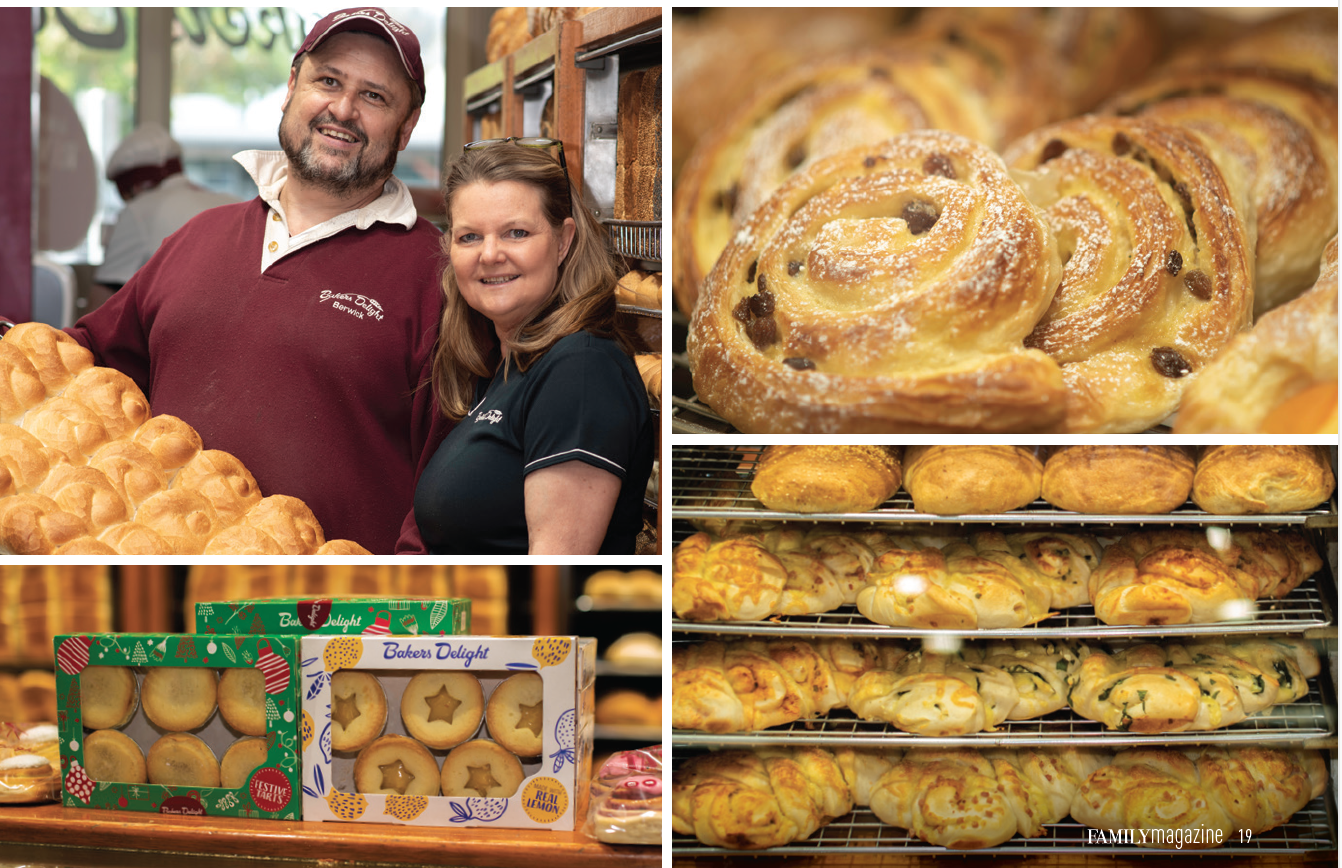