HE REMEMBERS ARRIVING IN MELBOURNE FROM ALBURY AT THE RIPE AGE OF 15 TO BEGIN HIS JOURNEY IN THE HORSE RACING INDUSTRY. ONE YEAR LATER, HE WOULD RIDE HIS FIRST WINNER AT MOONEE VALLEY. A YEAR AFTER THAT, HE WOULD WIN THE APPRENTICE’S CUP IN PAKENHAM.

“I went on to ride more winners in Pakenham than anywhere else,” Bluey said. “The best horse I ever rode was in Melbourne – Alcatraz, a beautiful animal. I rode him between 1966 to 1969. I rode him work, strapped him, and totally looked after him. In 1969 I rode Alsop; he went on to run second to Rain Lover in the Melbourne Cup of that year.”

And whilst Bluey never got to win the coveted 18-carot-gold trophy, he did get a brush with fame when he was an extra in the movie Phar Lap.

Bluey is one of many residents Cardinia Waters Village who have remarkable ties to the racing industry, including horse owner extraordinaire Heather Beasley, and other former trainers, owners and riders. So, it’s fitting that the Lexus Melbourne Cup Tour will make a special stop at the Pakenham retirement village in October. 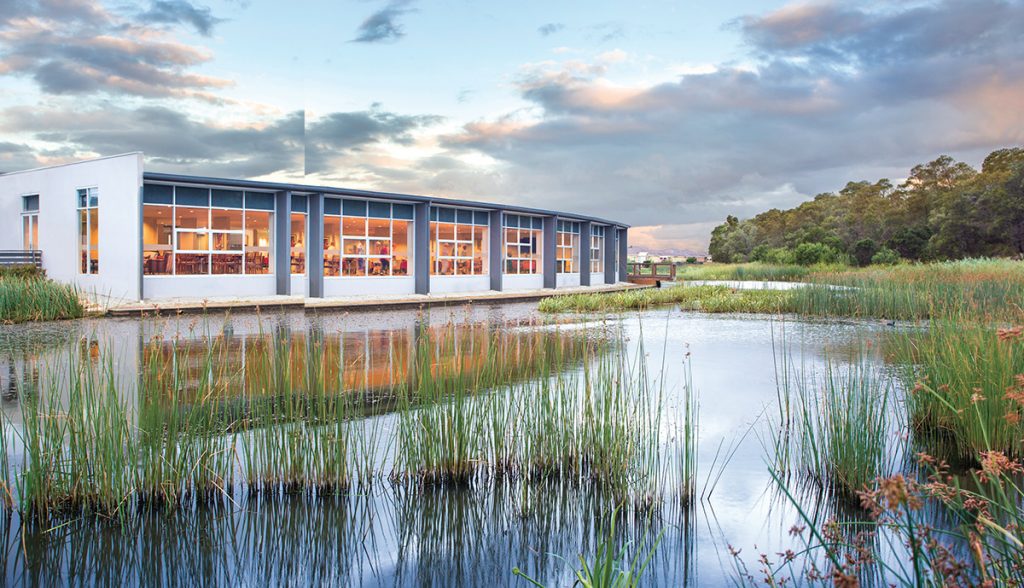 “THE CUPS ARRIVAL WILL BE ABLE TO BRING A BIT MAGIC TO NOT ONLY BLUEY, BUT THE ENTIRE VILLAGE

Cardinia Waters Village manager Manny Vella said the red carpet would be rolled out and the cameras would be flashing when The Cup arrives with its entourage.

“We are hoping to have a few events leading up to The Cup’s arrival, then when the big day comes, we will roll out the red carpet, have the picket fences up and a smoke machine,” Manny said. “It will be a huge event.”

The Lexus Melbourne Cup Tour has visited numerous countries throughout the world with important links to the racing industry, including Ireland, Japan, America, and Asia. It will now make the rounds to several Australian destinations, including Pakenham, which is known for its local agistment of thoroughbred horses as well as its deep roots in the popular sport.

In the 1960s to 70s, the Pakenham Racing Club was one of the first country racing clubs to have races telecast, to use starting stalls, and to race for decimal currency. Originally located on Racecourse Road, across from the Cardinia Waters Village, the race club was owned by the Bourke family who have been involved in horse racing since the colonial days.

Bluey once worked for Bon Hoysted, who trained the Bourke family’s horses in Pakenham. Bluey said he loved his time working with the horses, and whilst he still enjoyed the races, he would rather be riding in them than watching them.

“I would give anything to still be riding, not only race riding, just being on a horse – magic,” he said.

Manny said the cups arrival will be able to bring a bit of magic to not only Bluey, but the entire village.

“It’s been a tough 18month, with many of our social events being cancelled due to covid, so this will definitely brighten everyone’s spirits.”

The event will have a panel of experts to entertain the guests.