How Sport Can Boost Your Child’s Confidence

Whether your child chooses an individual sport or is part of a team, taking part will improve their strength, coordination and fitness and it will build confidence, resilience, selfesteem and help children learn to deal with success and failure, too.

Haileybury’s co-curricular opportunities develop the whole student and sport is a key part of the co-curricular program. The Winter program is now in full swing at the Berwick campus with students choosing from sports including basketball, cross country, football, netball, soccer, table tennis, tennis, hockey and winter swimming.

“Our Years 5 and 6 students do four sports a year and Years 7 and 8 students have three seasons of sport. Netball, football and soccer are among the most popular winter choices,” explains Samantha Johnson, Middle School Sports Coordinator at Haileybury’s Berwick campus. “Sports keep students fit and active, it improves their ability to meet new people and play in cross-campus teams, it boosts confidence and self-esteem, and it gives them an opportunity to release any stress. It also helps students develop leadership skills which they can use later in life, and it helps them sleep better so they function better in and out of the classroom.

“In winter particularly, getting outside and playing sport boosts vitamin D that is important for strong bones and muscles and overall health.”

During winter, students in Years 5 to 8 take part in the Associated Public Schools (APS) competition in their chosen sport. The competition is an opportunity for students from across the state to develop their individual talents, team spirit and leadership capability.

The sports facilities at the Berwick campus support Haileybury students to do their best personally and at competition level, says Ms Johnson.

“We have amazing fields and ovals and we’ve just added a two-court cover over the outside tennis courts that can also be used for ball sports and netball games,” she says.

“We have a full-size football oval, a softball diamond, tennis courts, basketball court and an indoor sports hall.”

WHAT DO THE STUDENTS THINK ABOUT WINTER SPORT?

• Even though it can be hard to get out of bed, it’s so much fun when you’re there and playing with your mates.

• I love to play against other APS schools and to see if my team can be undefeated throughout the season.

• It’s fun to meet new people and have different coaches.

• Playing sport is my most favourite subject.

• The teachers and coaches make sure we know all the rules and play as a team.

• I love sport — it’s the best for stress relief after being in the classroom and doing exams. 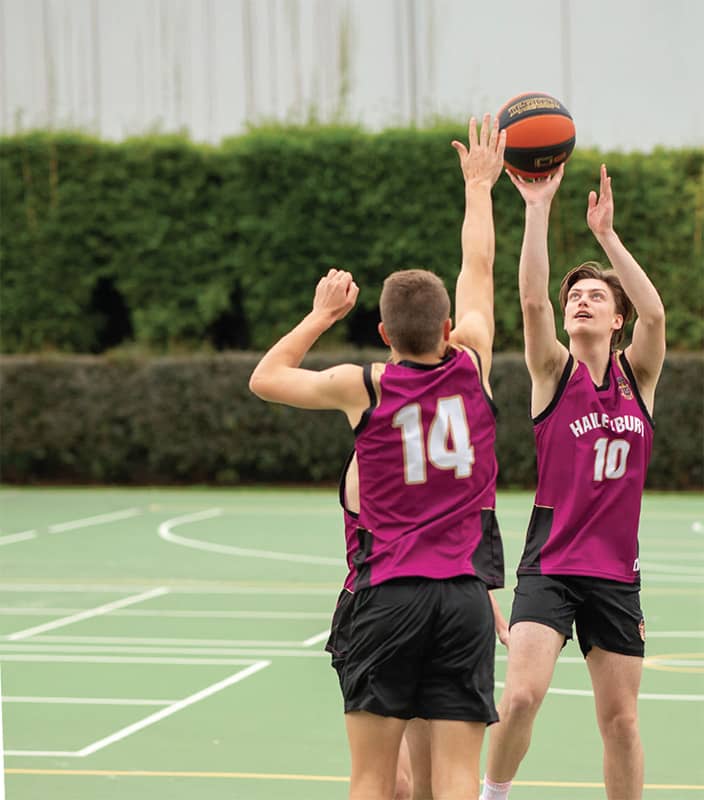 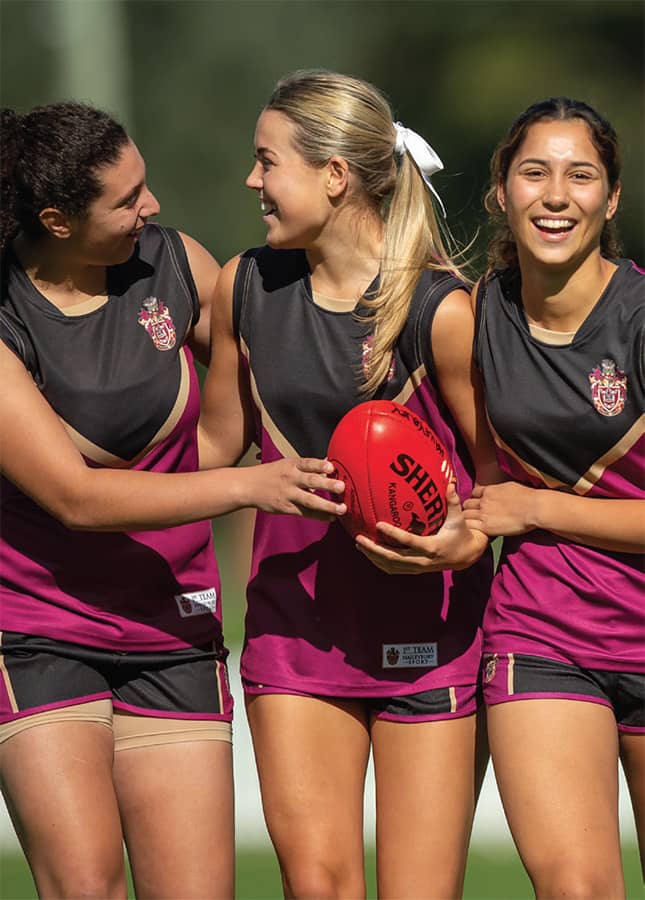 To find out more, visit www.haileybury.com.au